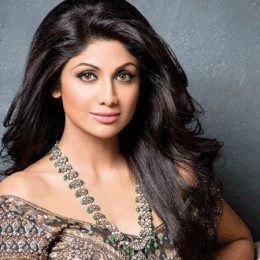 Shilpa Shetty is a popular Bollywood actress. She has also worked in Tamil, Telugu and Kannada films. She was a model prior to appearing in big screen as an actress. In her acting career, she has been honored by numbers of awards for her talent. She also appears in numbers of reality shows as judge and makes guest appearances too. She is well praised for her off-screen works for charities, social causes. She entered in the film arena by debuting in the movie: Gaata Rahe Mera Dil.

Shilpa is a happily married woman. She has a son with her husband. She is beautiful and talented. Her marriage is a successful one till date. She is also a co-owner of the Indian Premier League cricket team, Rajasthan Royals. She appears on screen at times, sometimes via rumors and sometimes due to her noble works. Her presence in the reception at the House of Commons in 2007 had been on the headlines of the Indian news back then.

Shilpa married Raj Kundra in 2009. They are happy together and its been over 5 years since their marriage. The couple has a cute and charming son.

In 2012, Shilpa gave birth to a cute and charming son. The baby was name Viaan and he is a happy child to actor mother and businessman father.