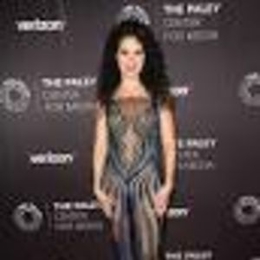 Shirley Rumierk, a girl who was brought up in a low-income family learned acting at age 10 and the role in East Willy B earned her huge name and fame. Even more, their outstanding role and gorgeous personality led her to host the Fifth ANnual Oliver Scholars Gala at Guastavino's 59th Street in 2018.

Shirley Rumierk is spending a blissful married life with her Puerto Rican film and television actor and voice artist, Armando Riesco. Neither of the parties has revealed how and when they met and started dating. They tied the knot in 2018 in a private ceremony. 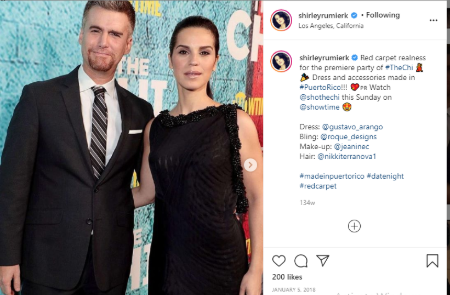 The pair, despite not having children, relish one another's a company with no rumors of divorce or extramarital affairs. It seems like, Rumierk and Riesco knew each other for years but they started seeing each other since  2017. Riesco made a debut on his spouse Shirley's Instagram on November 17, 2017.

Shirley Rumierk has an estimated net worth of $2 million as of 2020. She receives a salary of $50.88 to $150,000 per year which is a basic salary of an American film actress. Rumierk is living a luxury life with her partner, Armando Riesco. The two currently reside in New York City. 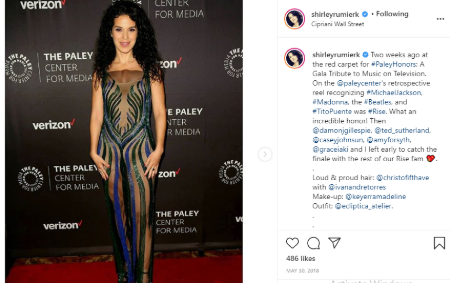 Rumierk stepped into the acting life at age ten. She was a member of the 52nd Street Project, a program that introduces children in Manhattan to the world of theater by voluntary professionals.

Shirley's appearances were numerous but brief until she landed a recurring role in East Willy B. Soon after that, she landed a major role of Livvy in 2016 film 11:55. Her big break came in 2018 as Vanessa Suarez in ten episodes of the NBC television series Rise.

Shirley's last on-screen role was Camila in the 2019 movie Seneca. Most notably, Rumierk gave her voice for two video games such as Grand Theft Auto V as The Local Population, Max Payne 3 as Giovanna.

Shirley Rumierk was born in 1976-1978 in Hell's Kitchen, Manhattan, New York City. The starlet likes to keep details of her personal life, background away from the public eye. Hence, it is difficult to find out her exact age.

She attended Trinity School on the Upper West Side. Despite being a first-generation Latina, from a low-income family, Rumierk secured a place at Harvard University moving to Cambridge, Massachusetts to study economics.

As Shirley realized economics was not her thing, she switched to Hispanic Studies, graduating in 1995. Amidst her tenure at Harvard, Rumierk traveled to Cuba to study Cuba and Caribbean literature, history, and architecture.

Shirley Rumierk has been spotted with actor Armando Riesco since November 2017 but married in 2018 till today. The couple doesn't have any children yet.