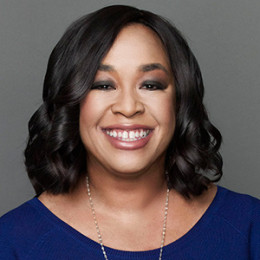 Shonda Rhimes is the creator, head writer, and executive producer of the medical drama television series Grey's Anatomy, its spin-off Private Practice and the political thriller series Scandal. Shonda Rhimes looks intellectual and smart and has proven to be one of the smartest women in today’s entertainment industry. She was born to father Vera P. (Cain), a university administrator, and mother Ilee Rhimes, Jr., a college professor. Rhimes attended Marian Catholic High School in Chicago Heights, Illinois, before enrolling at Dartmouth College, where she majored in English and film studies and earned her bachelor's degree in 1991. Rhimes was ranked at the top of her class and earned the Gary Rosenberg Writing Fellowship.

Shonda Rhimes works from her own production company known as ShondaLand. The shows included in ShondaLand include Grey's Anatomy, Private Practice, Off the Map, Scandal, How to Get Away with Murder, and The Catch. Shonda was named as one of 100 People Who Help Shape The World. There is no information about her personal life about her affairs or relationships. Shonda has three children, all of them daughters, who are all adopted. Her daughters are Emerson Pearl Rhimes, Harper Rhimes, and Beckett Rhimes.