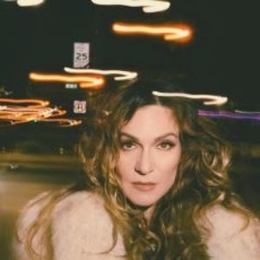 Shoshana is an American singer, songwriter, recording artist, and Youtuber. Also, she is well-recognized as a stage actress for a Tony Award-winning production of Hairspray and for acting in a TV show titled Waitress.

Is Shoshana Bean Dating Anyone?

Shoshana Bean isn't much of a boaster and has always remained very quiet about her relationship. Shoshana is indeed living life to the fullest with few worries. Her beloved parents accompany her to some significant events—no romance rumor of this talented artist's hit. 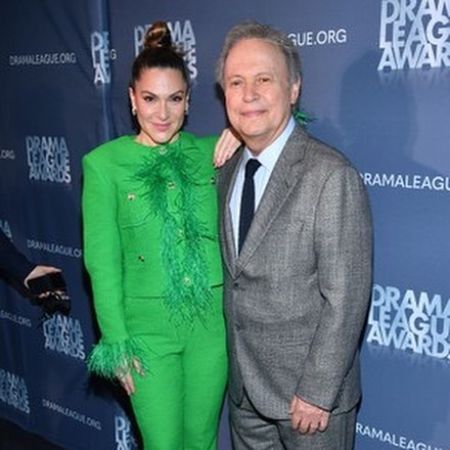 Shoshana Bean, alongside her dad, whom she considered as the greatest gift. SOURCE: Instagram(@shobean)

The Godspell artist has so far adhered to the low-key profile lifestyle, but Shoshana might be adjusting to coming out of her shell a bit. On February 5, 2006, Bean wrote a heartful sympathy message to her late boyfriend. Their relationship came to a halting stop with his death.

"This morning,, my boyfriend.. my best friend Tyler Fry, was killed in a car accident. I would like all of you hold his memory and his family and friends in your thoughts and prayers," the post read. 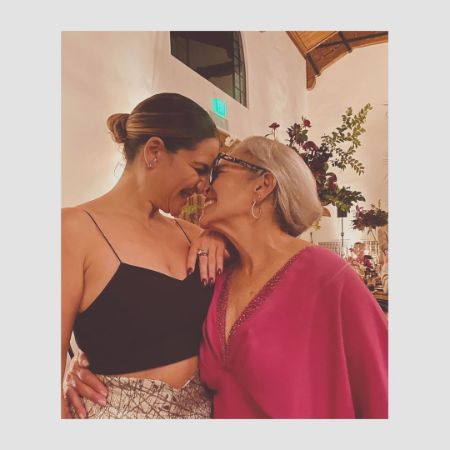 According to her, Tyler was a fantastic man, and she felt so blessed to have known and loved him. In memory of Tyler, Shoshana released ten years after writing "Dancing On The Moon." In 2007, she asked Scott Alan to sit at the piano and record the song to the lyrics she'd been working on.

As mentioned earlier, Shoshana Bean is now self-reserved in person; she doesn't like publicly announcing her personal affairs to everyone. Although she has crossed her 40s, she's still believed to be single.

Shoshana Bean's genre in music leans a bit towards R&B and mostly towards blues discography, which was a new thing for the audience. She gradually won the hearts of many thanks to her instant hit EP Albums like Superhero and O'Farrell Street. 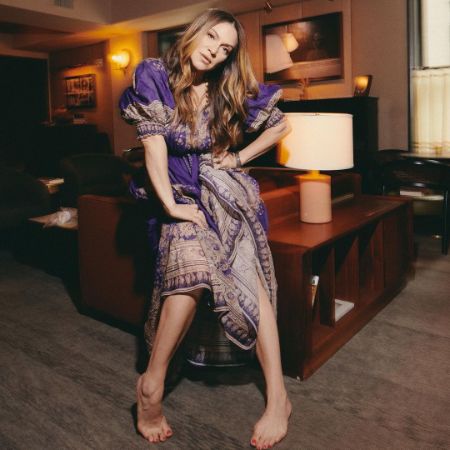 In 2014, she released an EP Album Sho called Shadows to Light, a blues album that reached #1 on the iTunes blues charts. Six years later, Shoshana released her EP album "EP SELAH" on platforms like iTunes. The compilation featured three songs Try to remember, The other side, and Purple Rain.

Well, Purple Rain is a re-modified version of famous singer-musician Prince, which,h according to her description of the song, is a metaphor for a blood rain pouring from the blue sky and as a mixture of the red-colored blood and the blue-colored sky giving us the song Purple Rain.

In addition to voicing and singing, Shoshan performed in private shows in Brisbane, Melbourne, and Sydney. Shoshana Bean's fortune changed when she graduated from the University of Cincinnati College-Conservatory of Music and took her chance in acting.

Shoshana Bean was chosen for the Off-Broadway revival of Godspell at the York Theatre in 2000. Following that, she got roles in productions like Leaders of the Pack and Hairspray. Most recently, she was seen as Susan Young alongside Billy Crystal in Broadway's Mr. Saturday Night.

Watch the video of Shoshana Bean singing 'Your Hallelujah.'

In 2008, Shoshana Bean made her Broadway debut in Brown's Musical 13. Later. She became the theatre's most coveted star after starring in Broadway Musical Play Wicked. Shoshana as Ceecee Bloom in the musical adaptation of the book and movie Beaches.

In Queen Latifah Show, Shoshana performed her single, "Runaway Train."  In 2015 Bean served with Scott Bradlee for Postmodern Jukebox PMJ, where she performed Justin Bieber's "Sorry" and Backstreet Boy's "I want it that way."

Shoshana Bean is a top-ranked artist charted by Billboard Jazz. She has summoned an estimated net worth of $3 million from her as a musical stage actress in many TV shows. What's more, Shoshana can be found posting on Youtube and uploading her songs on iTunes, which is her way of building her net worth.

Moreover, Shoshana has her merch, which she sells on the website shoshanabean. She started making a decent amount as an American actress after completing her formal education. A plus point for her job was that she is also a singer and songwriter based in Washington, USA.

Shoshana Bean is the only child of Jeff Bean and Felice Moskowitz, a dance teacher. Later in 1986, after nine years of her birth, her parents Jeff and Felice, got separated and part their ways resulting in divorce. It is learned that Shoshana's mother moved to Portland, Oregon, after the divorce.

The lady graduated with a Bachelor of Fine Arts in Musical Theatre from the University Cincinnati College-Conservatory of Music, where she became friends with Kristy Cates, her roommate, back in college. Kristy is also her fellow cast member in the musical play Wicked.

Does Shoshana Bean Use Social Media?

Talking about her social media platforms, Shoshana Bean is still growing to make enough followers follow her on various online platforms. Shoshana is active on Twitter, Instagram, and Facebook, where she regularly engages with her fans by posting multiple pieces of content related to herself.

Per the records, in 2022, Shosanna is on Instagram with the username @ShoshanaBean, a verified profile with over 174k followers. The Broadway star is also found on Youtube and sometimes streams her performances live on her channel.