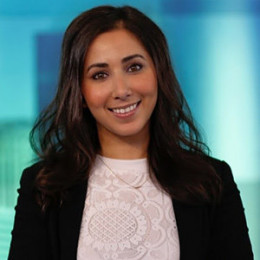 She has maintained her connection with her audiences and also the high- profile interviewer she interviews. She is currently the anchor and reporter of the CCTV live America. Many have admired her as a reporter- Prime minister Benjamin Netanyahu and World Bank President Jim Yong Kim to name a few. However, she never brings her personal life involving in the media.