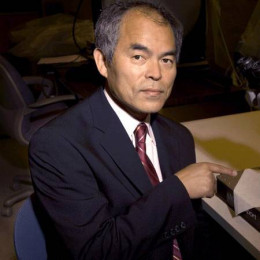 He is a inventor of the blue LED, a huge breakthrough in lighting technology and professor at the University of California, the Materials Department of the College of Engineering. For the invention of efficient blue light-emitting diodes he became the recipients of the 2014 Nobel Prize for Physics. He earned B.Eng. degree in electronic engineering and M.Eng. degree in the same subject from the University of Tokushima.

Talking about his personal life, he was married at early age. He married his girlfriend while attending the University of Tokushima. He once has mentioned about his daughter but detailed information about his wife and children are still in shade. There is no record of his divorce and about his past affairs. He has kept his family matters out of media. There is no any rumors about him.