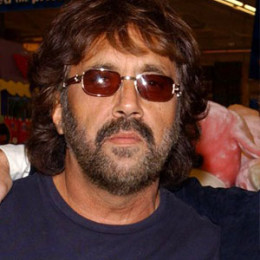 Mostly famous as a music composer, Shuki Levy is of Israeli-American nationality that is also famous for his works as television writer, director, and executive producer. He is the son of a Russian-born father and Israeli-born mother. Levy formally began his career as a singer and music performer in various clubs of Tel Aviv. He also appeared in musical Hair and performed in France and Germany for a duet known as "Shuki & Aviva". He released a hit single throughout Europe called "Signorina - Concertina" with his partner Aviva Paz which sold two million copies.

Shuki is mainly known for his soundtrack compositions for children's television programs and cartoons of the 80s, such as Inspector Gadget, The Mysterious Cities of Gold, M.A.S.K., Dinosaucers, Dragon Quest, He-Man and the Masters of the Universe, Power rangers’ franchise, VR Troopers etc. Talking about his personal life, he had been in relationship with two different partners, but both of them didn't work well. He also has two children, both of them daughters.

Shuki Levy had married Deborah Shelton who had competed in Miss Virginia USA. They had a daughter together. But later they got divorced.

Tamara is the first daughter of Shuki with his wife Deborah. Tamara is also inclined towards music industry. She worked in music department of Aussie and Ted's Great Adventure.

Jordan Levy is his second daughter with his ex-girlfriend Sarah Brown. They dated for about three years, in which period, Jordan was born.