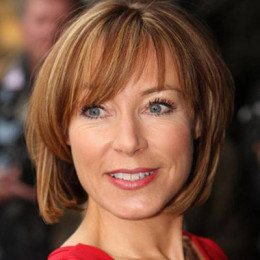 A famous Welsh presenter and also a journalist who is well-known for working with the BBC. She has a unique news presenting skills and is also intelligent with her critical journalistic view. She attended Oxford Polytechnic and earned BA in English and History. After a divorce from her first husband, she married again. As of 2018, she is happily married to her second husband with whom she shares two children.

Sian Williams was born Sian Mary Williams on November 28, 1964, in Paddington, London and grew up in Eastbourne, East Sussex. Her mother, Katherine Rees was originally from Llanelli and came to London to become a nurse whereas her father was a journalist who formerly worked in print and radio. Her paternal grandparents were farmers in Glamorgan, South Wales.

Sian Williams started her career in the field of journalism working as a reporter and producer for BBC Local Radio stations in Manchester, Liverpool, Leed, and Sheffield. In 1990, she did editorial work for BBC Radio 4's The World at One and PM programmes serving there till 1997. She also worked for BBC Radio 4 and BBC Radio 5 Live editing many news and elections specials.

She is best known as the presenter of BBC Breakfast. She joined the team on January 12, 2001, initially covering for Sarah Montague alongside Darren Jordon and then covered for Sophie Raworth alongside Jeremy Bowen.

She became the main presenter on the show in May 2005 initially presenting with Dermot Murnaghan and from 2008 with Bill Turnbull. On March 15, 2012, she left BBC Breakfast.

In June 2014, she joined the team of Sunday Morning Live as a presenter until she was replaced by Naga Munchetty in June 2016. She then became a presenter of 5 News debuting on January 4, 2016. From 2017 she started co-presenting Save Money: Good Health with Ranj Singh.

Other than presenting news, Williams has also presented The One Show, Now You're Talking, Big Welsh Challenge and City Hospital among others.

Regarding her marital status she is already married. Though she is currently in her 50's but she still looks beautiful. Though her first marriage was unsuccessful. She has two sons from her first husband. Her second marriage is going good and she has given birth to one son and one daughter from her second husband. She is living happily with her second husband in London.

He is a former director of advertising firm McCann Erickson. From his side Sian has given birth to two children.

Though much information regarding him is not available his picture along with Sian can be found in different sites.

He is the eldest son from her second husband. According to her he is very cute and he always comes to cuddle with her every morning.

She is the youngest daughter of the family. She is very adorable and cute, her pictures can be found along her mother in different sites.

He is the eldest son who is currently twenty two years old from her first husband. According to her he often meet her despite of her divorce with his father.

According to her he once insist her to dance wearing shorts and skirts telling her that it embarrassed him infront of his friend.