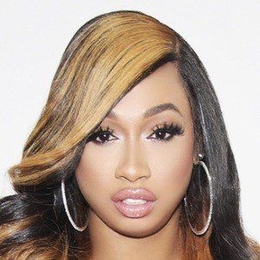 Sidney Starr is popular as a cast member on Love and Hip-hop New York Season 9 broadcasted through Vh1. Apart from this, she appeared on Staron fox. Most significantly, Starr is a proud transgender female.

Sidney Starr a versatile personality adding on to her numerous professions, she is also a professional model. As a matter of fact, Sidney stays very active on her Instagram as she has 245k followers on it.

Two years after Sidney Starr's transgender beauty set the internet blazing with claims she and St. Louis rap star Chingy were in an intimate relationship, Starr posted a video confessing she was making the whole thing up. 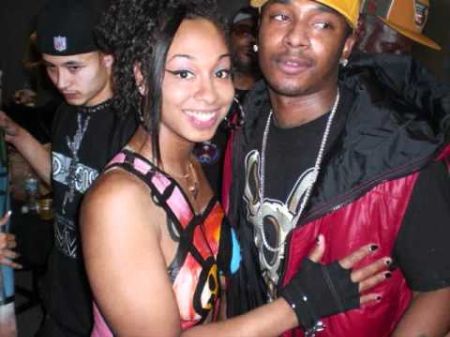 The model later confessed she felt sorry for all the false claims sharing it was a great mistake for involving Chingy into a controversy. As well she apologies to the American Hip-hop artist she feels disappointed with herself for anything she caused to throw dirt on him. Starr also admits she was wrong 100,000 times for whatever she did taking to famous Hip-Hop stars trademark Worldstar Hip-hop in 2012.

The then 32 years old even confessed, not only the Ching's 'thing' with her was false, but even claimed they didn't know each other at the time. Particularly, she met him as a fan because she was a backup dancer. Furthermore, the rapper had no idea if she was a transgender. 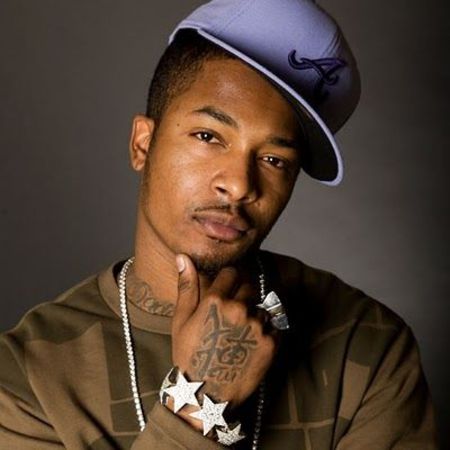 Chingy Denied he was in a relationship with Sidney Starr. SOURCE: Pinterest

'Love and Hip-hop' cast mentioned being transgender is difficult. Moreover, she confirmed she did that to seek people's attention. Starr even admitted the interaction she had with the artist was nothing more than the usual celebrity meeting. She also apologized to the fans people and also not to talk bad about her as she was only 23 at that time.

Comedian Michael Blackson Sidney rebuff Sidney after dm'ing him on Instagram. In fact, the comedian revealed an alleged message from the Vh1 model. 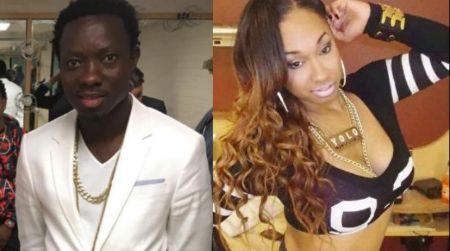 Michael Blackson gets the transgender model Sidney for DMing him. SOURCE: VladTV

Michael exposed Starr said him to try to be a beautiful tranny like her on Instagram message. For that, Blackson replied her he has a girlfriend, and also added

In the pictures below, you can see their alleged conversation. 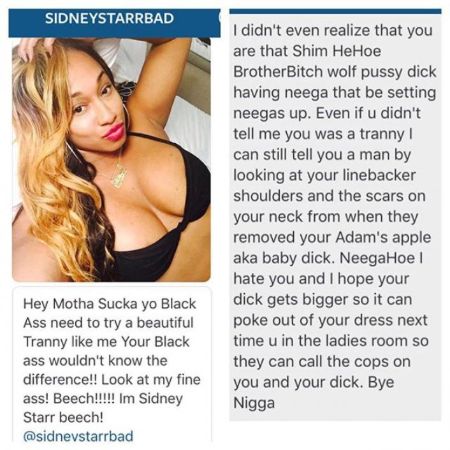 The Vh1 celebrity went under the knife at Atlanta Plastic surgery. Doing that, she is rising a massive following on social media as she posted tons of pictures wearing tight clothes and giving poses, and even dancing. As a matter of fact, Starr made her national TV debut on Atlanta Plastic in August 2015. She had gone through the surgery with the help of Dr. Baron. Meanwhile, Sidney was the first transgender person on the reality show, i.e., Bad Girls Club, Atlanta Plastic airs Fridays broadcasted through Lifetime at 10 pm.

Starr shares about her experience doing the Atlanta Plastic Surgery mentioning, she built lots of confidence in herself.

In an Exclusive, the self-made model claims the former Olympic gold medalist is not the face of the transgender community. In June 2015, she talked with Al B Sylk of BoomPhilly saying why she felt wrong about the former football player is the hero that everyone makes. Do watch the interview video below.

The Brawl Between Transgender Models

The self-proclaimed rapper faced a brawl with Amiyah Scott. Believe it or not, Sidney went through her Instagram targeting some people who tried to catfight her at the 2015 Atlanta black gay pride festival. However, it was unclear on whom she was trying to focus on.

"So these B****s tried to fight me tonight!! OK that cute!!! That's why if yall 'tranny' b****s touched me my security would've knocked Ya Heads Off!!

Starr's booking agent, Rashad posted on her side stating against Amiyah. Look at the snap below. 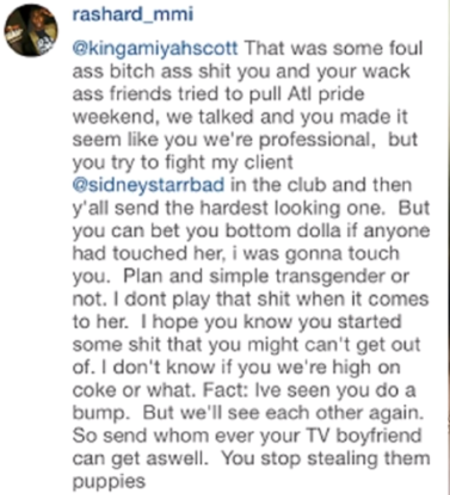 For further Stories, Bio, relationship, and Updates check out marriedwiki.com