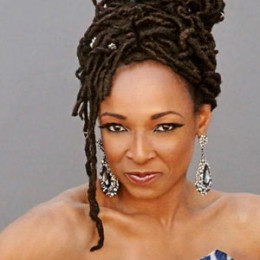 An American singer and songwriter, Siedah Garrett is currently single . She is well known for songs like "Innocent Side" and "What I Know." Siedah Garrett posted a photo with her mother to her Instagram account in July 2016. Siedah co-wrote the song "Man in the Mirror" by Michael Jackson. She has recorded from 1985, though her only full-length was 1988's Kiss of Life.

Siedah has performed backing vocals for many recording artists in the music industry, such as The Pointer Sisters, Brand New Heavies, Quincy Jones, Tevin Campbell, Donna Summer, Madonna, Jennifer Hudson among others. She won the Grammy Award for Best Song Written for Visual Media at the 50th Grammy Awards for co-writing "Love You I Do" and also nominated for two Academy Awards for Best Original Song. Her relationship status is still single for mass.