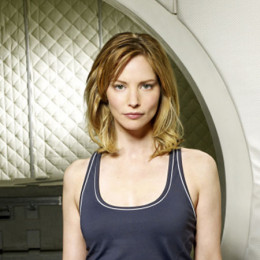 Sienna Tiggy Guillory is a talented actress and former model, known for portraying Jill Valentine in the Resident Evil films, as Helen in the TV miniseries Helen of Troy and as Arya Dröttningu in fantasy-adventure film, Eragon. She was placed no.89 in Maxim's "100 Sexiest Women". She is the daughter of Isaac Guillory, an American folk guitarist and Tina Thompson, a British model.

Exploring her personal life, she is a married woman. She has been enjoying her marital relation since 2002 and has raised twin daughters with her husband. The couple have a great bonding and positive feeling towards one another so they probably aren't thinking about getting divorce. Before her marriage she dated an actor with whom she stayed in a relationship for almost 4 years.

He is the long time dated boyfriend turned husband of Guillory, who by profession is an actor. The two are blessed twin daughters.

Her name was given after her grandmother and great aunt who also were twin sisters.

She was born fine along with her twin sister Valentina.