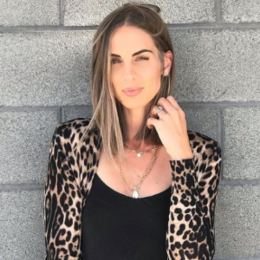 Sierra Dawn is a contestant on CBS Survivor Season 30 and 34 castaway. Fans also recognize her as a contestant of MTV Fear Factor as well. Before fame, she had been a professional barrel racer and model.

Sierra Dawn is Married: Who's her husband?

Sierra Dawn, The Survivor contestant, is relishing sound life with her best friend turned to her husband, Joe Anglim. The two had been together for a long time but Dawn introduced him as her Mr. Perfect on April 17, 2015. Or let's say Dawn found her man in her 30s. Since then, they became inseparable. 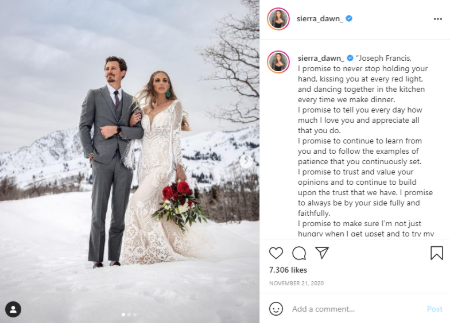 Certainly, after dating four years, the Sierra-Joe duo turned their relationship to the next level. Furthermore, the blonde beauty engaged to her man on April 9, 2019, and tied the knot on November 21, 2019. The special moment was captured by professional photographers and managed by canvas event design.

During the marriage, Joe wore a grey-white tuxedo, whereas his spouse was stunned in a custom-designed bridal gown by Naama & Anat Haute Couture. On November 21, 2020, the reality star marked their first anniversary with a cute snapshot of the two from their wedding.

Sierra Dawn has a Daughter

Sierra Dawn shares a beautiful baby girl with her husband, Joe Anglim. The pair welcomed a daughter on May 30, 2021. Moreover, they named the newborn baby Della Dawn Anglim. The lovebirds celebrated a virtual baby shower with their friends and family members on March 22, 2021. 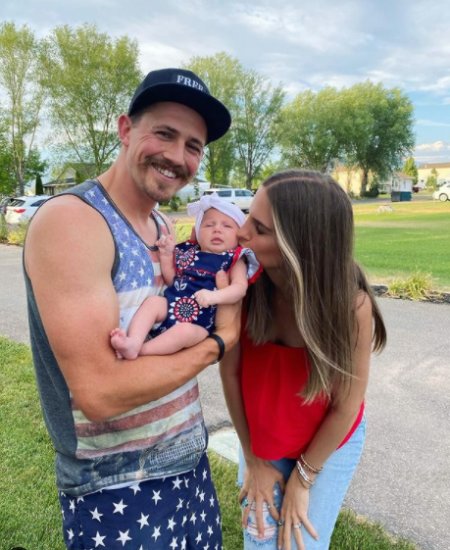 At the same time, Sierra flaunted her third-trimester baby bump via Instagram post. The romantic post of Sierra hinting a pregnancy also earned the love of many fan followers.

How much is Sierra Dawn's Net Worth?

Sierra Dawn falls under the list of the richest reality stars. According to Forbes & Business Insider, Dawn possesses a net worth of $1.5 million. For being a contestant on Survivor, Sierra makes around 13,5 dollars per season. Sierra appeared in CBS Survivor Season 30 and 34 Castaway.

Dawn joined the Survivor primetime edition of The Price is Right that aired on May 23, 2016. At the time, the brown-eyed did not compete herself. But, along with Ozzy Lusth, helped her represent the prizes in the first Showcase. On July 17, 2018, Dawn competed on MTV's Celebrity Fear Factor opposite Abi-Maria Gomes.

Sierra Dawn married Joe Anglim in November 2019 in a lavish ceremony. They have been together since 2015 and now share a daughter.

Della Dawn Angie is the only child of Sierra Dawn and Joe Anglim. The pair welcomed a daughter on May 30, 2021.