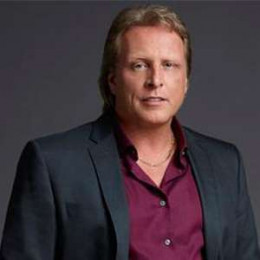 Sig Hansen is an American captain of the fishing vessel Northwestern. Since 2006, Hansen has been featured in all seasons of the documentary television series Deadliest Catch, for which he also serves as technical advisor for the production.

Sigurd grew up along with his two younger siblings, Edgar and Norman in Seattle. He is descended from a long lineage of Norwegian-ancestry fishermen; his father and grandfather pioneered opilio crab fishing in Alaska as a way of giving cab boats a chance to earn money year- round rather in short, mostly late year seasons. He began fishing at the age of 14, working on his family’s boat.
Hansen started as a deckhand on his father’s boat before his teenage years, working his way up the ranks.  At the age of 22, he became a “relief skipper”, relieving other captains on the Northwestern, as well as doing short-haul stints on other boats in the fleet. By age of 24, he began running the Northwestern full-time.

In March 2010, Hansen became a published author with the release of his book (co-written with Mark Sundeen) North By Northwestern: A Seafaring Family on Deadly Alaskan Waters, which reached the bestseller list of the New York Times and the Wall Street Journal.

Talking about Sigurd personal life, he is a married man living happily in Seattle with his wife and daughters. Hansen is married to June and lives with their two daughters, Nina and Mandy. He is an alumnus of Shorewood High School. On March 2, 2016, Hansen suffered a heart attack, which was recorded and shown on Discovery Channel’s Deadliest Catch. There is no rumor about any misunderstanding or chance of them ending their marriage and are living their happy life together.

Sigurd is a married man living happily in Seattle with his wife and daughters. He is married to June and lives with their two daughters, Nina and Mandy.