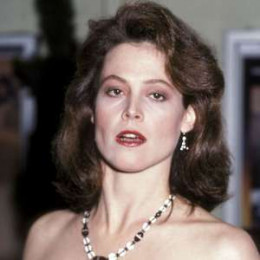 Sigourney Weaver is a film producer and actress. She was the daughter of Elizabeth Inglis and Sylvester “Pat”Weaver. Her mother was an actress and executive officer for NBC television. Her uncle is an actor and comedian. Her father is a TV personality. Her elder brother is Trajan. She has always played women of enormous strength and stature. She is famous for her deep smooth voice and cheekbones.

Weaver is American and belongs to the mixed ethnicity (Scottish, Scotch-Irish, and Dutch). She attended the Ethel Walker School, a girl's preparatory school in Simsbury, Connecticut. Then she joined The Chapin School and The Brearley School.

Later, Weaver attended Sarah Lawrence College. She graduated from Stanford University in 1972 with a B.A. in English. She was involved in  Stanford's co-ed Beta Chi Community for the Performing Arts. In 1974, she earned her Masters degree in Fine Arts from Yale University School of Drama.

Weaver is a married woman. Her husband is Jim Simpson, he is a stage director. This couple has a daughter Charlotte Simpson. She was born on born April 13, 1990. Her husband is the founder of The Flea Theater. She works as a host of off-Broadway shows. Her husband is a film star. There is no more information about their marriage life in social media, they live in New York.

He is the director.They love each other .This couple has one daughter child.He is famous director.

Charlotte Simpson is the first child of this couple.She was born on April 13, 1990