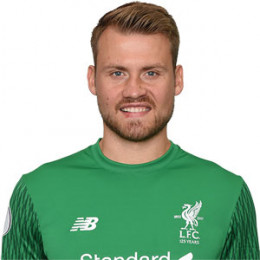 Simon Luc Hildebert Mignolet is a professional Belgian football player who plays for Liverpool FC and the Belgium national football team as a goalkeeper. In 2005, he graduated from the Academy of Sint-Truiden. He also has a degree in political science from the Catholic University of Leuven. His father name is Stefan Mignolet. Since 2001 till now he has been capped more than 25 times for the national team of U-16, U-17, U-18, U-19 and U-21 squad.

Simon Mignolet was born Simo Luc Hilderbert Mignolet on March 6, 1988, in Sint-Truiden, Belgium. He is one of two children of Stefan Mignolet, Wout Mignolet being the first.

He first started playing for Sint-Truiden, a local club of his hometown in 2004. He rose through the youth system and at the age of 18, he became the first choice keeper after Dusan Belic left the club. He helped his team win the Belgian Second Division in 2009. In that season he appeared in 29 matches and scored a goal in a penalty. In 2010, Mignolet saved his club from relegation.

On June 17, 2010, Mignolet joined Sunderland signing a five year deal for a reported fee of $2.62 million. He debuted for the club on August 15, 2010, against Birmingham City in a 2-2 draw. He then appeared in a match against Manchester City in which he kept a clean sheet as his side won the match 1-0. During his stint for the club, he played 90 matches keeping many clean sheets and earning man of the match awards for his performance. Joe Hart also praised him as one of the best goalkeepers in the league.

Mignolet then moved to Liverpool signing a five-year deal on June 25, 2013, for a fee of $11.79 million. His first match for the club was a 1-0 victory against Stoke City. In the match, he saved Jonathan Walters' penalty and the follow-up shot of Kenwyne Jones. In the following matches against Manchester United and Aston Villa, he kept clean sheets.

After the match against Burnley, in which he kept a clean sheet, he went on to maintain the record of four clean sheets. Mignolet renewed his contract with Liverpool signing a new five-year deal. He helped Liverpool reach the finals of the 2016 Football League Cup after he saved Peter Crouch's penalty during the penalty shootout against Stoke City.

After signing Loris Karius on September 24, 2016, Jurgen Klopp, Liverpool's manager announced Mignolet was dropped as a first choice keeper in the league matches and will be used in cup matches. But Mignolet made a comeback as a first choice keeper in the Premier League in December 2017. He saved his eighth penalty on September 23, 2017, against Leicester City, setting a club record for a number of penalty saves. On December 26, 2017, he made his 200th appearance for Liverpool in a 5-0 win against Swansea.

Simon Mignolet debuted for Belgian International team in 2008 playing in under-21 side. Following the match, he played ten more matches for his country.

He was called up for the senior team on September 1, 2010. He made his full international debut against Austria in the UEFA Euro 2012 qualifiers. Mignolet also helped Belgian qualify for the Euro 2012 finals.

Before moving to Liverpool, he signed a deal with Premier League side Sunderland in June 2010 for £2 million. Later, he moved to Liverpool for £9 million in June 2013.

Mignolet owns a coffee shop in his hometown named Twenty Two Coffee, his shirt number at Liverpool. He also has a number of luxury cars which includes Audi Q7 and Mercedez M-class.

Simon Mignolet married Jasmine Claes in June 2015 in his hometown Sint-Truiden, Belgium. The ceremony was held in the presence of friends and family and also included boys wearing his first club's jersey, yellow and blue. He shared the news of his marriage through his Instagram account.

3 years of married life hasn't changed us one thing! From Russia with love pic.twitter.com/jvUdFcFIr3

He celebrated three years of wedding anniversary with his wife and posted an image of the duo via Twitter.

?On this day, a star was born. Happy birthday my love!?

It was on 17th March 2019 when he celebrated the birthday of his lovely wife.