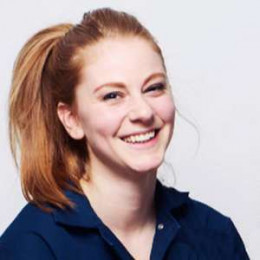 Simone Giertz is a Swedish professional youtube blogger, inventor, and robotics enthusiast. She was born to Caroline Giert, a novelist, and a TV host. Simone previously worked in MMA sports journalism and also worked as an editor for Sweden’s official website. Her first inspirational character was Gyro Gearloose for Disney Cartoons. Simone studied engineering physics in college but dropped out later. Then she started studying at Hyper Island in Stockholm, Sweden and took an interest in programming robotics.

Simone Giertz has got 152 thousand subscribers on her youtube channel run by her own name in 2016. Her most famous creations are The Breakfast Machine, The Wake Up Machine, and the Applause Machine. Simone joined Tested.com collaborating with Adam Savage on her first project in 2016. She has not revealed anything regarding her personal life and past or present relationships. Simone lives in San Francisco.