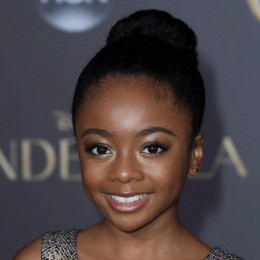 Skai Jackson is an American teen actress. She is well appreciated for her work in Jessie for the role of Zuri Ross. She is currently associated with Disney Channel and appears in Bunk'd. She grew up finding herself aspired with acting. She has already played in numbers of national commercials. She started her journey in the big screen via Liberty Kid in 2007. She has already been part of numerous movies.

Skai has just stepped in her teenage and has a long journey ahead. She started off her career well. She is young and innocent and does not have anything to be talked about other than her work.

She is happy and cheerful kid and hard working at the same time. She is getting better with her acting with time. She is talented kid and has successful life ahead.

She started her professional career as a child model performing in a number of commercials including Band-Aid bandages.

She received her first acting role in the independent movie Liberty Kid in 2007.