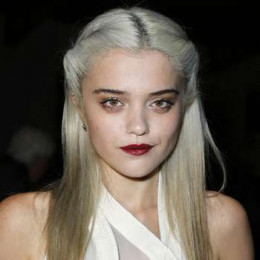 Sky Tonia is an American singer, a songwriter, a model and an actress. While at her teenage she started her career by uploading herself sung video on MySpace. She also used to write the lyrics by her and sing them. She is mostly a Synthpop singer. She was raised up largely by her grandmother. Her first play was 'As If' in 2011. She has been giving many albums. Few are Night Time and Ghost.

Sky has been in a relationship with an American musician Zachary Cole Smith since late 2012. They have been in a relationship for 4 years now. They both got arrested on drug charges on 2013. Some time ago there were rumors about them getting married at a secret location with some of their close friends and family. The rumors have not been clarified, but lately there were no actual news about it and so the rumors were regarded to be airy.