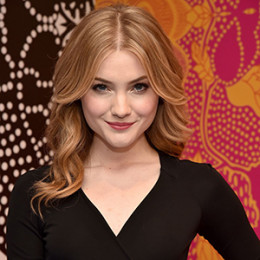 Skyler Samuels is an American actress known for her roles such as Wizards of Waverly Place, The Nine Lives of Chloe King, The Gates and American Horror Story Freakshow on TV series. At the age of eight, she was noticed as a junior correspondent for Access Hollywood. She is the daughter of Kathy, who is well known for her unscripted series and is a Scott. Skyler began her acting career from the television series Drake and Josh.

Skyler Samules has not shared any information about her personal life regarding her relationships. She was once nominated for the Teen Choice Award for Choice TV: Breakout Star. Her other well-known works include Final Approach, A host of trouble, The Stepfather, Helicopter mom and The Duff. Her leading role in the FOX horror comedy series Scream Queens has been appreciated the most.