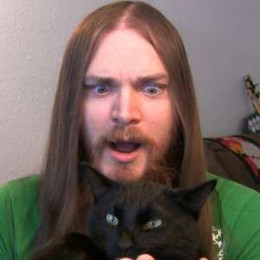 Youtube personality, Smooth McGroove is best known for recording re-arranged acapella versions of video game music. His real name is Max Gleason. Starting to play drums from a young age, McGroove began his musical career from the age of eleven. During his college days, he used to record some MIDI tracks and posted them on MySpace, but his music never grabs the attention of people. Later he and his friends started a rock band, where he is was the drummer and audio mixer as well.

A few years later after the fall of the band, Smooth McGroove decided to do more music and started to rap about video games and he eventually recorded the acapella music. His other famous video games music include The Legend of Zelda, Super Mario, Mega Man, Street Fighter and much more. In 2014, he was featured on the second episode of Reddit podcast. McGroove is a married man and he is living with his wife in Oklahoma City, US.

McGroove's wife, Jo's information is not much/none is known. According to our informant, the couple does not have any children and they are living together in Oklahoma City with their Cat named Charl.