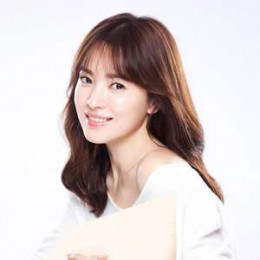 Song Hye-kyo is a South Korean actress. She is famous from the dramas such as All in(2003), That Winter The Wind Blows(2013), My Heart(2000), she has a leading role in the character of Lee Byung –Hun in the drama named All In. Song Hye-kyo attended college at Sejong University, where she majored in Film Arts. She was raised by her single mother after her parents divorced.

Song Hye-kyon had an affair with Lee Byung -hun but they broke up on 2004. After ending her relation with Lee, Song has an affair with Hyun Bin, he was her co-star in the movie "Our Legend in Busan". There is a rumor that Song Hye-kyo filed a defamation suit against 41 internet users for fabricating and spreading groundless rumor. After an investigation by the Seoul Metropolitan Police Agency,prosecutors charged 24 of the netizens in July 2013.