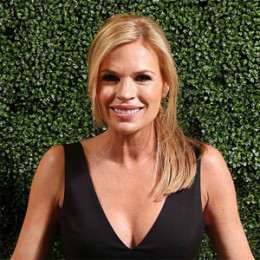 Sonia Kruger is a popular television presenter and personality from Australia. She earned popularity after hosting the famous dance show "Dancing with the Stars" and for playing Tina Sparkle in the hit 1992 film "Strictly Ballroom." She is currently hosting Today Extra and The Voice Australia.

Sonia completed her bachelor’s degree from the University of Technology Sydney. Her Debut role as Tina Sparkle started her career and has won various awards for the filmed which increased her popularity. She has worked as an entertainment reporter for various networks among which, "Today Tonight Sunrise" and "Seven Networks Shows" are a big hit. Sonia has also been the part of various shows as the co-hosts.

Kruger has been married twice. Her first marriage was in 2002, to her long time boyfriend, James Davies, a banker from the United Kingdom. They were living a happy life until they got divorced in 2008 due to an internal conflict. They never had any children.

Right after the divorce from James, Kruger started seeing her current partner Craig McPherson. This pair tried for a child from few years both medically and natural method but were unsuccessful. Kruger was pregnant few times but her baby couldn’t fertilize and got miss-carriage for most of the time. But late in January 2015, Kruger gave birth to the baby daughter Maggie via IVF and is living happily with her family.