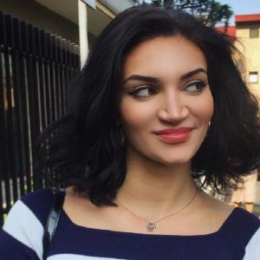 Sophie Brussaux came to the attention of the world as she infamously took it upon herself to claim that a widely acclaimed rapper, Drake is the father of her child. She enjoys an active career as an adult actress under the name Rosee Divine.

Sophie Brussaux is currently single. Previously, she claimed to be involved the famous Canadian rapper Drake in the past. As a matter of fact, her claims proved to be pretty scandalous and out of the element at the time.

Sophie and her son.
SOURCE: People

As per the reports by TMZ, Sophie Brussaux crossed path with Drake in the beautiful city of Amsterdam in January 2017. Around similar times, the rapper also was rumored to be dating Jennifer Lopez.

The outlet went on to report on May 2017, that Brussaux is standing firm ground by her claims that she is pregnant with Drake's baby. As a matter of fact, information maintaining that Sophie even hired attorneys to prove paternity as well as to seek child support made its way to the public.

“This woman has a very questionable background. She has admitted to having multiple relationships. We understand she may have problems getting into the United States. She's one of many women claiming he got them pregnant”.

According to some undisclosed sources, the adult star claimed to have received text messages from the rapper which suggested her to go through an abortion.

Then, things escalated quickly in May 2017 when rapper Pusha T released a song titled 'The Story of Adidon,' which asserted that Drake was a father to a secret kid that he was hiding from the world.

Infinite and unaltered happiness I wish on each and everyone of you that kind of Love. Seriously.

Although Drake didn't respond to the claims, he later came through with a confirmation that he has a son with the former adult movie star through the lyrics of a song from his album ‘Scorpion.’ He also let the world in on the fact that he was not really in a relationship with Brussaux when the pregnancy occurred.

Sophie Brussaux was born in France. She lives a rather private life and other than the affair and son with Drake, lesser is known about her.

She stands tall at the height of 5ft 6in.

As per the reports by TMZ, Sophie Brussaux crossed path with Drake in the beautiful city of Amsterdam in January 2017. Around similar times, the rapper also was rumored to be dating Jennifer Lopez.