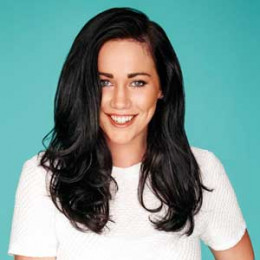 A famous Australian blogger, Sophie Cachia is the young and gorgeous mother. She earned fame from her blogs- The Young Mummy and My Miracle Baby. She uploaded various videos including the makeup tutorials. Sophie is a mother of two kids and wife of an Australian football player, Jaryd Cachia. She is a blogger, a mother and also a business woman.

Sophie was born on 10th September 1990 in Melbourne. She grew up along with her three siblings. Sophie is the citizen of Australia and belongs to white ethnicity. During her early age, she was interested in Journalism and wanted to be a newsreader.

Sophie could not fulfill her dream in journalism. Hence, started blogging on social networking sites. During her pregnancy period, she wrote her first blog named, 'The Young Mummy.'

Moreover, in 2013 after her first baby, she made a blog and posted it with name, My Miracle Baby. From 2015, Cachia started vlogging. Sophie's videos grabbed the attention of millions of viewers. She has a fan following of 219k on Instagram.

Today, she is one of the famous bloggers also a star on YouTube. Besides blogging, she also started her own business, fashion wear, boutique and also a parlor.

After meeting for few times, they started dating each other and also started living together too. Moreover, on 10th October 2015, they got married after years of dating. Sophie's marriage turned out to be a major topic in the town as she wore a black dress at her wedding instead of a traditional white dress.

The couple was blessed with their first child in 2013. They named the baby boy, Bobby. After few years, Sophie announced her pregnancy on the social networking sites in June 2016 with several photos. And in January 2016, they had their second child, a baby girl named, Florence. Cachia posted her second baby's photos only after two days of birth on Instagram. According to the photos posted on her Instagram, the family is very happy and looks adorable together. The couple shares the same love for each other after years of marriage.

The beautiful mummy, Sophie Cachia has an estimated net worth of $1 million. She earned much from her vlogging in YouTube and blogging. She also makes a good amount from her business too.

Sophie Cachia and Jaryd Cachia, an Australian footballer got married on 10th October 2015. They have two kids now and is living happily.

Sophie and Jaryd first baby was born in 2013. She posted numerous photos of her first baby boy. The boy looks so cute and admirable.

Florence is the second child of Sophie and Jaryd born in January 2016.Firstly, the baby was named Betty and later on Sophie changed her name announcing on Instagram.