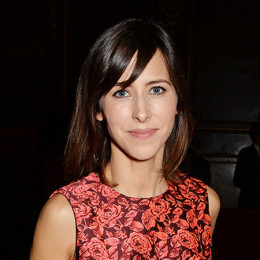 A British theater director, playwright and actress who is better known as the co-director of experimental play The Terrific Electric at the Barbican Pit. She is daughter to Anna Katharine and Charles Rupert. When she was just a kid her parents got divorced. She graduated from Oxford University. She was trained for acting in Saratoga International Theater Institute. In 2005, she debuted with her first music album with a collaboration with Guy Chambers called The Isis Project. She is co-founder of company Boileroom which was awarded with 2007 Samuel Theater Trust Award fro the play The Terrific Electric. She has directed popular plays like Henrik Ibsen's Ghosts, Lucretia, Phaedra and so on. Beside directing she has got supporting role in movies like Midsomer Murders, Keen Eddie, Torchwood and Mumbai Calling.

Exploring her personal life, she is already tied in knot with her longtime boyfriend. After 17-year friendship and 1 year dating they announced their engagement in "Forthcoming Marriages" section of The Times. Couple took their sacred marriage vow in 12th century Church of St. Peter and St. Paul. Together the couple is blessed with a son. Prior to being married, she was in a relationship with a popular sculptor.

After a year of dating each other, the couple got married. Their wedding reception was held at Mottistone Manor. Together they are parents of one baby boy.

He is very gorgeous kid. Couple has given birth to really cute child.