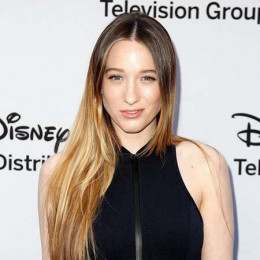 The English-born Australian actress and singer, Lowe is known for her role in the 2009 film Beautiful Kate, for which she earned a nomination for an AFI award. Some of her successful project includes Road Kill, After the Dark, Adore and television series The Beautiful Lie, The Slap, Once Upon a Time in Wonderland and The Returned. She moved to Australia with her parents Anne Lowe and Ian Lowe in 2000.

Accounting her personal life, currently she is in a serious relationship with a drummer of Sydney band, The Go Roll Your Bones. The couple is together since 2010. They started dating first after meeting at the 2010 Sydney Film Festival. They seem to have a great chemistry with one another so they probably will be an official couple in near future. Talking about her sexuality, she is straight.