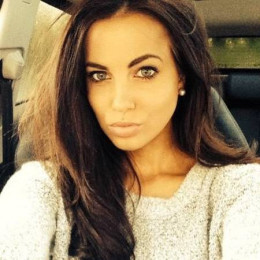 She is a popular TV presenter and journalist who mostly covers the international cycling events. She has already reported popular cycling events like the Tour de France and UCI Road World Championships. When she was just a teenager, she starred in various TV commercials. She has three siblings and she is the eldest among them. Beside being active in the television, she is also involved in the charity works. She helped to collect money for Ovarian Cancer Australia by taking part in OmaraWitsup.com Celebrity Triathlon.

Talking about her personal life she has not disclosed any information regarding her personal life. Till now she has not been spotted dating any guy publicly. It seems like she is kind of person who likes to put her private life away from grasp of media or maybe she is just busy in building her career rather than enjoying her love life.