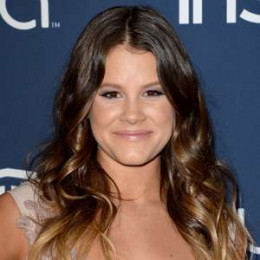 An American actress, Sosie Bacon is currently single. She is the daughter of actor Kevin Bacon and Kyra Sedgwick. She is well known for her movie " Another Life". Sosie Bacon attended Riverdale Country School in the Bronx. She made her first role playing the ten years old Emily in the movie “Loverboy” which was directed by her father. She was also crowned Miss Golden Globe at the 2014 award show.

Sosie Bacon has played the role of Charle Jhonson in the television series “The Closer.” She was cast in the leading female role in the 2014 independent film Off Season opposite Chance Kelly. Her performance in Loverboy is what James Duff, the producer of The Closer, has said first prompted him to suggest that Bacon begins acting. She is the cousin of Neal Bacon. Her current relationship status is single.

Sosie Bacon first debuted in film in her father directorial venture, Loverboy in 2005. Some of her screen credit includes Ana Maria in Novela Land, Charlie Says, The Last Summer, The Closer, Here and Now and many more.

Sosie Bacon is possibly single at the moment. She is quite secretive about his personal life especially when it comes about her boyfriend and love affairs. She garnered more than 116k+ followers on Instagram.