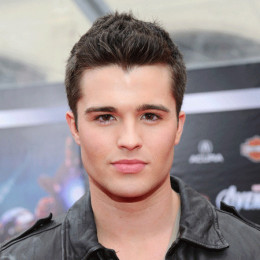 Spencer Thomas Boldman is an actor, known for playing on Disney XD's Lab Rats as Adam Davenport. He stepped into the Hollywood industry by playing on the 2009 film Jack and Janet Save the Planet. He made his big-screen debut from the comedy film "21 Jump Street", starring alongside Channing Tatum and Jonah Hill.

Spencer Boldman is unmarried and not dating anyone at the moment. He is quite confidential when it comes about his personal life.

Boldman is quite active in Instagram and often shares his live updates with his fans and followers.

Spencer Boldman holds an estimated net worth of $4 million. The main source of his earning is from her career as an actor. He made a good sum of the amount from his appearances in TV series and movies.

Spencer Boldman was born on July 28, 1992, in Dallas, Texas, US. He studied and graduated from Plano East Senior High School in June 2010.