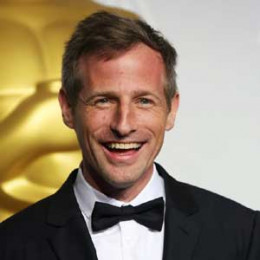 An American actor, director, producer, and screenwriter, Spike Jonze is the winner of Golden Award, the Writers Guide of America Award, Academy Award for his movie, Her in 2013. His work can be seen in the different music video, commercials and television. He has worked with artist like Daft Punk, Fatboy Slim, Weezer, the Beastie Boys and Kanye West.

Spike Jonze was born on 22nd October 1969, Rockville, Maryland, U.S., to father, Arthur H. Spiegel III, and mother, Sandra L. Granzow. His father was a distant relation of the Spiegel catalog family whereas his mother is a writer, communications consultant in developing countries and an artist. He grew up with his brother Sam (a producer and DJ) and sister Julia.

He grew up with his brother Sam (a producer and DJ) and sister Julia. Also, he is the cousin of Gabriel Cowan.

During that period, Jonze used to work with Mark Lewman and Andy Jenkins (both co-editors of Freestylin'Magazine) as a photographer. Later they created the youth culture magazine named Homeboy and Dirt.

Spike started his career as a director and producer in the title video "Video Days" in the year 1991. His breakthrough video for the song "Sabotage" made him stand in the industry which also earned him four MTV Videos Music Awards.

Jonze made his acting debut from the movie "Mi Vida Loca" in 1994, but the role in "Three Kings" earned him fame which was directed by his friend David O. Russell.

In 1999, he made his appearance in four movies among which his performance as an actor and director in the movie "Being John Malkovich" was praised and won different awards like Broadcast Film Critics Association Award, Deauville Film Festival-Critic Award, Florida Film Critics Circle Award, Independent Spirit Award and so on.

One of his successful films was Her released in 2013. The movie was based on a science fiction romantic movie starring Joaquin Phoenix, Amy Adams, Olivia Wilde, Rooney Mara and Scarlett Johnson. After lots of hard struggle and dedication, he received his first Oscar for Best Original Screenplay in 2014 for the movie Her.

Moreover, he has done commercial ads for famous brands including Levi's, IKEA, Adidas, Gap, Nissan. He is also a co-owner of Girl Skateboards.

Spike married Sofia Coppola on 26th June 1999. This couple first met in the year 1992. Sofia is an American actress, director, producer, and screenwriter and daughter of Francis Ford Coppola. But due to irreconcilable differences, the couple filed for divorce on 5th December 2003.

In 2008, he was dating Michelle Williams. They met on the set of Synecdoche, New York. However, their relationship did not last long and ended in September 2009.

The multi-talented personality, Spike Jonze has made contributions in many hit movies that collected millions of dollars at the box office. As of 2017, Jonze has an estimated net worth around $50 million.