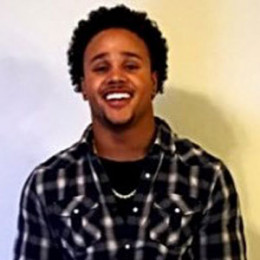 Stacey Ervin is the boyfriend of Olympian gold medalist Simone Biles. He is a famous gymnast who has competed in both national and international competitions.

Stacey Ervin was born on October 21, 1993, in Taylor, Michigan. He grew up with his siblings Danielle, Drake, and Katrina. He attended the University of Michigan with psychology major after completing his high school education from Harry S. Truman High School in 2011.

Ervin is a famous gymnast whose work has garnered him the fame at international level. He began playing gymnastic when he was only 8 and later converted his interest into his career.

Gymnast Simone Biles is the current girlfriend of Stacey Ervin. The duo started dating not a long ago, however, seems happy and complete together. They made their relationship public via Instagram.

Ervin loves reading books like The Power of Now. His favorite cuisine is Filet Mignon whereas he likes music and  Kis Cudi is his favorite artist. Stacey has also shown his active involvement in various organizations through the University of Michigan. He loves to spend quality time with his friends and family hence involving in several activities with them.

Stacy earns a decent amount from his career as a gymnast. His net worth is certainly in thousands.