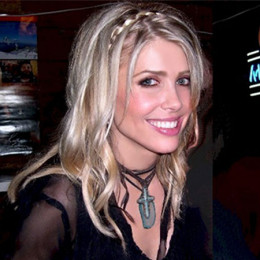 Stacey Rae Toten also know by her nickname "Staysh", is an actress. As an actress, she is known for her role in films like Back to School, Lovelines and Star 80. Besides, she is also known as the president of her own label, Raystone Records. Due to her acting skills, she has earned a wide range of appreciation. She is the proud daughter of Pamela Ann Houck and Bob Totem.

Accounting her personal life, till now she has been married two times. Her first marriage was for quite a short time and with her first husband she has raised a son. She was married to her first husband for nearly 2 years. Since 1993, she has been enjoying her second marriage and together the couple has welcomed their first child as a son. There is a rare chance of their divorce, as the both seem pretty satisfied and happy with each other's presence.

He is the first husband of Toten, who by profession is an actor, film producer, martial artist and race car driver.

He is the first son of Toten, who by profession is an actor and model.