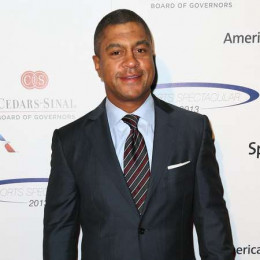 He is a News anchor on the ESPN networks based in United States. He is known as "Stan The Man", a radio DJ on WOWI 103 Jamz in the Hampton Roads, VA area. He is an active member of Beta Chapter of Alpha Phi Alpha fraternity. He is one of the noted graduate of Howard University Washington, D.C., graduating with a Bachelor of Arts in journalism in the year 1989.

When it comes to his personal life he has always stayed low profile. Till now there is no any record of his affairs and other such relevant activities, due to his such activity rumors are flowing over of him not being straight. He has managed to keep his family matters away from the media. To stay connected to him we can follow him on Twitter @stanverrett.