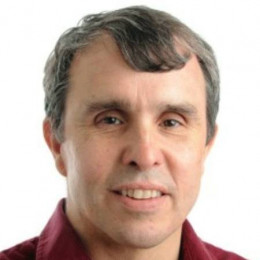 A Romanian-born German physicist who is widely known as one of the directors of Max Planck Institute for Biophysical Chemistry. He is from Banat Swabian family. Professionally his father was engineer and his mother was a teacher. When he was still young his parents migrated to Ludwigshafen of German. He attended Nikolaus Lenau High School and in 1990 he achieved doctorate in physics from Heidelberg University of German. “Imaging of transparent micro-structures in a con-focal microscope” was the subject of his thesis that he prepared for doctorate. He started his career in 1991, working for the European Molecular Biology Laboratory. Working in same lab he proved principles on 4-Pi microscopy in practical way. For his talent and hard work, he was awarded with the Nobel Prize in Chemistry in 2014 along with with Eric Betzig and William Moerner, for their work in the development of super-resolved fluorescence microscopy.

Exploring his personal life, he has already married to his love of life. Till now there has been no report of any kind of extra marital affair of him with anyone and he has not faced divorce too. Together the couple is blessed with two sons and a daughter whose name haven't been disclosed yet. His whole family was in the occasion when he was awarded with Nobel prize.

She is very understanding and co-operative. According to Stefan, she has always been his source of inspiration. She has given birth to three children.