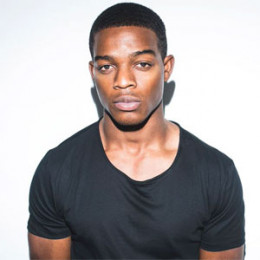 Stephan James is a Canadian actor, well recognized for his appearance in the 2016 film Race, portraying as Jesse Owens. He started off his acting career portraying Julian on the Tv series Degrassi: The Next Generation. James is also a winner of Canadian Screen Award .

Stephan was born on 16 December 1993 in Toronto, Ontario, Canada. He is of mixed ethnicity and holds Canadian nationality.

Stephan James began his career in television featuring for two seasons in the Canadian teen series Degrassi: The Next Generation.
After leaving Degrassi, James portrayed various supporting roles on television, including in My Babysitter's a Vampire and How To Be Indie, in 2011, and The LA Complex, the following year.

In 2013, he was cast as civil rights activist John Lewis in Ava Duvernay's Martin Luther King biopic Selma. He has also made guest-appearance in the CBC television mini-series The Book of Negroes, based on the award-winning novel of the same name by Lawrence Hill.

As of 2017, Stephen James has been playing DOJ prosecutor Preston Terry in the critically acclaimed FOX limited series Shots Fired.

Stephan James has maintained a low profile when it comes to his love life. He has never made any of his relationships public. He has done an excellent job keeping his professional and personal life separate.

With no information regarding his affairs, James is possibly single at present.

Stephan James earns a good sum as a Canadian actor. He has made his appearance in various movies and television series including, Home Again, Selma, Race, How To Be Indie, Clue, Apple Mortgage Cake, My Babysitter's a Vampire and more.

Some of his box office hit includes Selma collected $66.8 million and Race collected $25.1 million. He also is a winner of Canadian Screen Award for Best Performance by an Actor in a Leading Role for his performance in the movie Race.

According to some sources, Stephan James' total net worth is estimated to be in million dollars.