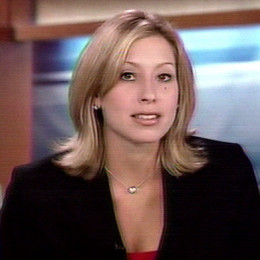 Stephanie Abrams is a television meteorologist who works for The Weather Channel, based in New York City. She has done the live coverage of the 2010 Winter Olympics in Vancouver, British Columbia and Canada.

Stephanie Abrams was born on October 27, 1978, in Wellington, Florida, the United States. She is the daughter of Barry Abrams who is a Doctor, an infectious disease specialist. Soon after her parents divorced she started living with her father.

She attended the University of Florida and did major in Geography whereas minor in mathematics. Upon graduating she was elected in the Phi Beta Kappa. She even served as the President of Delta Phi Epsilon. She attended Forest Hill Community High School.

She graduated with a bachelor degree in meteorology from Florida State University. She practiced meteorology with several students. She was one of the broadcast at the Tallahassee cable channel.

She became a member of the National Weather Association and the American Meteorological Society upon entering the world of meteorology. She was even the President of the North Florida Chapter from the year 2002 to 2003.

Stephanie Abrams started her career as the morning meteorologist for the WTXL, the ABC affiliate. At the weather channel, she used to fill-in reporter from the year 2003 to 2005. In the year 2005, she became the co-host of the Weekend View.

She also covered the 2010 Winter Olympics and reported from Vancouver, Canada with Al. She even filled for Roker when he was on his vacation. The journalist worked in various shows including, Weekend Today, On The Radar, and Morning Rush. She is currently the co-host of America's Morning Headquarters.

She even tried her hands on movies and did a cameo in the movie, Sharknado 2: The Second One.

Stephanie Abrams is possibly single at the moment. However, on February 20, 2017, she posted a picture on Instagram out of nowhere and shocked her fans.

Though Abrams revealed the picture with no hesitation, she did not reveal the name of her fiancee.

Although very little information is available on Stephanie's current engagement, it is confirmed that she was once married to her co-host, Mike Bettes. They were working together for The Weather Channel since 2003. The love story began when they were covering the same reports for the network.

Mike proposed his girlfriend a few months into the relationship and the couple soon turned into husband and wife. Despite their amazing onscreen chemistry, their real-life relationship started having cracks.

They didn't last long together and got separated after merely two years. There were rumors of her being pregnant but it was never been verified officially. Moreover, she does not have any children.

Although Abrams is currently reported to be engaged with her secret boyfriend, there is no official confirmation as of yet. She has 43.8k followers on Instagram but she hasn't shared a bit of detail about her personal life.

Stephanie Abrams is one of the famous meteorologists and is currently the co-host of America's Morning Headquarter. The exact amount of her net worth is still under review but it looks like it's over millions of dollars.

The average salary of a meteorologist in the United States is around $50k. She resides at her house in Wes Palm Beach, Florida.

He is an American Emmy Award winning American television meteorologist and storm chaser currently working for The Weather Channel in Atlanta, Georgia.