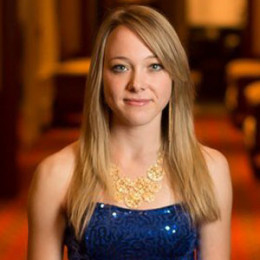 An actress, Stephanie Bennett gained fame from the movie 'Leprechaun: Origins' and 'Shadowhunters'. She also portrayed the character of Lydia Branwell on the ABC Family show Shadowhunters.She is also is known for her appearance as Snow White in the Disney Channel movie 'Descendants.' Bennett played lead characters in many TV films for Lifetime and Hallmark comprising Nine Lives of Christmas, Stolen Dreams, and the spin-off web series for Direct TV, Rogue.

Stephanie Bennett grew up in Vancouver, Canada.She was born on 12th June 1989. She has a younger sister. Bennett holds Canadian nationality and is of white ethnicity.

She studied classical ballet from a very tender age, including two years of training abroad at the National Ballet. Bennett attended the Royal Winnipeg Ballet School, but after completion of her second year, she dropped out to pursue acting.She has a younger sister.

Stephanie Bennett played the character of 'Lydia Branwell' on the ABC Family show called 'Shadowhunters' alongside Katherine McNamara. She also worked as Snow White in the Disney Channel movie 'Descendants.'

In 2010, she appeared in the short film called 'Good Morning'. She has appeared in episodes of many well-known TV series, including Supernatural and iZombie.

Stephanie's first lead role in a feature came in 2012, in the 'Vicious Brother's' horror film, Grave Encounters 2. She also worked in a character of Dee Taggart on the 2015 CBC spy drama 'The Romeo Section.'

In 2016 Bennett won Leo Awards in a category of Best Supporting Performance by a Female in a Television Movie for 'Stolen Dreams.'Bennett starred in drama series called 21 Thunder which premiered in 2017.

Stephanie Bennett is hard working and dedicated towards her work due to which today she is one of the successful actresses. Bennett has managed very well to keep her private and professional life separate.

She has kept her dating life and affairs away from the media. Stephanie may have a boyfriend and may be married also may have children. But nothing about her relationship status can be guaranteed until and unless she shares it.

The gorgeous actress Bennett has not revealed her salary and net worth. However, she may have a huge net worth as she has starred in many hit movies and series.