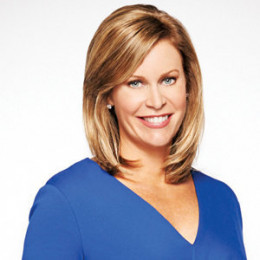 Stephanie Cutter is an American political consultant who turned CNN anchor in 2013. She served as Deputy Campaign Manager for President Barack Obama's 2012 reelection campaign, and has previously worked in campaign and communications roles for other Democrats including Ted Kennedy, John Kerry and Michelle Obama. She received a B.A. degree from Smith College and a J.D. degree from Georgetown Law School. CNN announced that Cutter will join a new version of Crossfire re-launching in the fall of 2013.

Stephanie loves to keep her personal life a secret. Ms Cutter apparently announced the news of her pregnancy to her CNN. However The Washington Post notes that there is no early word on who the father is and the blonde is, who is not married, is thought to be single. So to say Stephanie has not revealed the information about who is the father of that children.