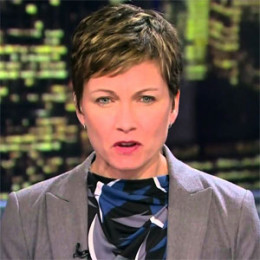 Stephanie Gosk is an American journalist and correspondent who works for NBC News. Stephanie was always been interested in journalism and wanted to be journalist from her childhood. She completed her graduation with a degree in BA in economics form Georgetown University. When it comes to her personal life, Gosk hasn’t shared much as she seems to keep her personal life very away from media and public.

Stephanie Gosk was born on April 17, 1972, in Londonderry, New Hampshire. She graduated from Georgetown University B.A. in economics.

Gosk is a New York-based journalist who works for NBC News as weekend anchor. She contributes to all platforms of NBC news such as  Today, NBC Nightly News, and MSNBC.

Stephanie Gosk is openly lesbian. In 2013, she opens up about her sexuality and also confirmed she is dating Jenna Wolfe, an NBC journalist. The duo is engaged in 2013 but yet to gets married.

The duo is proud parents of daughters, Harper Wolfeld-Gosk (born 2013) and Quinn Lily (born 2015). They went through artificial insemination with an anonymous donor in order to become parents. Gosk was 40 years old when she became a mother for the first time. 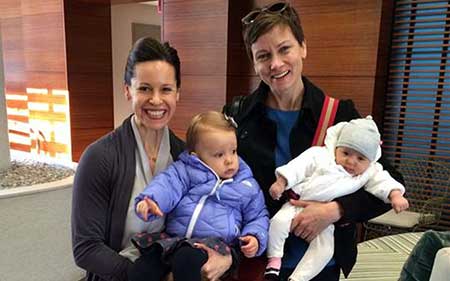 Stephanie Gosk with her family

As of 2018, Stephanie Gosk is residing in  Manhattan, New York City along with her partner and daughters.

Gosk is one of the reputed media personality, she is working for NBC for a long time. The average salary of NBC journalist is $200k but Gosk is quite experienced. So, she might earn more than the average salary. Her estimated net worth might be in six digit figure.

Height: She stands at a height of

Check out the video of Stephanie Gosk where she talked about why she Chose To Transfer To Georgetown,