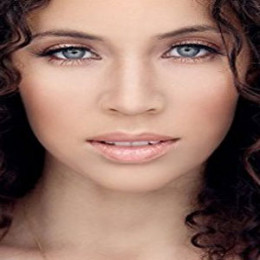 Stephanie Ortiz is a model turned actress who gained the recognition after appearing in an award winning films such as A Kiss of Chaos and Inside a Change.

Stephanie Ortiz was born in New York. She along with her older brother was raised by her mother Rita. She joined the acting class with the popular star Susan Ribbons.

Ortiz began her childhood career working in commercials when she was only five. She featured in Hellmann’s mayonnaise commercial. She became an acclaimed model and commercial actress by the age of 13. She served for the brands such as Levi’s, Benetton, Puma, Dr. Pepper, iTunes and many others. She resided in Europe and Asia while working for a runway and print.

Later Stephanie got an opportunity to work as a co-host on the popular urban music show The Roof. She then became the main host on Styleyes followed by American Latino TV and Vibe on Demand. She also hosted the New York City’s #1 ranking Spanish language radio show on La Kalle 105.9 FM.

Furthermore, Ortiz featured in the film The Love Potion which premiered at the HBO NY Latino Film Festival. Afterward, she got multiple offers to star in the award winning movies including The Grass Lands, LES, Last Exit Before Toll, Los Blancos, Curdled, Night at the Opera, A Kiss of Chaos and Inside a Change. The movie A Kiss of Chaos won the Best Showcase Feature Film Award at the Soho International Film Festival and Inside a Change won best feature film at the HBO NY Latino Film Festival.

Stephaine was once rumored to be married to journalist and reporter Don Lemon. But since Don is openly gay, the news about Don being his husband turned out to be a hoax. As of now, Stephaine is possibly single.

Stephanie is an accomplished actress of the film industry. She earns quite a decent amount as she has accumulated an estimated net worth of $2.6 million.