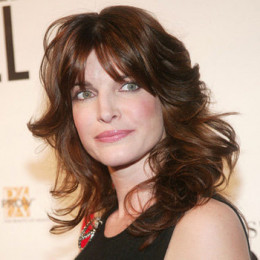 Stephanie Michelle Seymour is a model and actress, who rose to fame after she was declared as the finalist of first ever Elite Model Management Look of the Year modeling contest in 1983. Since the,n she has appeared in numerous editions of the Sports Illustrated Swimsuit Issue and on the cover of Vogue. She was born to a real estate-developer father and hairstylist mother.

Her personal life is full of ups and downs. Till now she has been married twice and currently is enjoying her second marriage. Her first marriage was for quite a short period which was just for some months. Though the couple was married for a short time they were able to welcome their first child. Since 1995, she has been enjoying her second marriage and currently resides in Connecticut with family.

He is the first husband of Seymour, who by profession is a guitarist. They have welcomed a son from their short marriage.

He is the second and current husband of Seymour, who is an American billionaire. Before marrying her wife he was married to Sandra Simms, with whom he have 5 kids.

He is the first child of Seymour, who was born in the year 1990.

An American socialite and model Brant Jr., is the second child of Seymour.

He is the third child of Seymour, who these days is working hard to become a model.

She is the youngest child and only daughter born to Seymour.