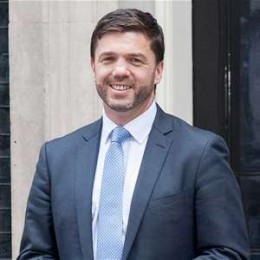 Stephen Crabb is a British Conservative Party politician. He was elected a Member of Parliament for Preseli Pembrokeshire in 2005 general election. Since March 2016, Crabb has been serving as the Secretary of State for Work and Pensions. Raised by a single mother, he is inspired by his mother's struggle, he said: "The most powerful thing to me, looking back, is the way my mother went through a crisis in her life and became welfare dependent. She started working just a few hours each week, increasing her hours and then moving to a position where with extra training she was able to move into full-time work, become a car owner, and reach full economic independence.” Stephen graduated from University of Bristol, majoring Politics, in 1995. Later, he achieved MBA from London Business School.

Stephen Crabb is married to a French woman, Béatrice Monnier. Although he keeps his private life in a low profile, he has two children with his wife. Not much/none is known about his wife.

Crabb and Monnier have two children but their names are not revealed by any source or by themselves.