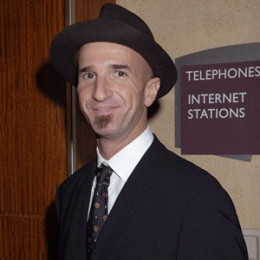 New Zealand actor, director, and screenwriter, Stephen Kay is currently married to Piper Perabo. Kay's directed films are "Get Carter" and "Boogeyman". He has also directed the episodes of The Shield, Saved, Friday Night Lights, Quantico and Sons of Anarchy. His acting credits include Murder, Quantum Leap, She Wrote, Deadly Games, General Hospital and Party of Five.

Stephen Kay became engaged to stage, film, and television actress, Piper Perabo in 2013 and married on July 26, 2014, in New York City. Prior to this, he has an affair with actress and TV presenter Teri Hatcher from 2006 to 2008. He has also dated an actress, director, and businesswoman, Eva Longoria.

He married to a stage, film, and television actress, Piper Perabo on 26th July 2014, after their engagement in 2013.