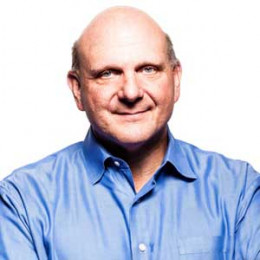 Steven Anthony "Steve" Ballmer is an American chief executive who was the former chief executive officer of Microsoft from January 2000 to February 2014. He is the owner of the NBA team Los Angeles Clippers. He joined Microsoft and worked as the first business manager hired by Bill Gates.

Steven Anthony Ballmer known as Steve Ballmer is an American Chief Executive, who is the former chief executive of Microsoft. He was born on 24, March 1956 in Detroit, Michigan, U.S to father Beatrice Dworkin and mother, Frederic Henry Ballmer. His father was a Swiss immigrant and mother was Jewish.

Steven Ballmer joined Microsoft on June 11, 1980, and became 30th Microsoft employee, the first business manager hired by Gates. Ballmer owned 8% of the company when Microsoft was incorporated in 1981. From February 1992 onwards, he was Executive Vice President, Sales, and support. He was then promoted to President of Microsoft and held title the de facto number two in the company from July 1998 to February 2001. 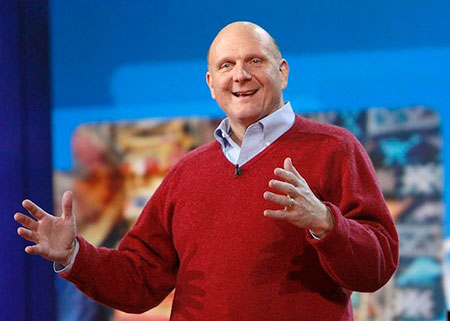 Steve Ballmer is a married man. He married Connie Snyder in 1990. Ballmer's wife Connie works as an advocate for the well-being of children's. Steve and Connie have been husband-wife for 27 years now. They have three sons together, Sam Ballmer, Peter Ballmer, and Aaron Ballmer.

Below we present the video of Steve Ballmer at The David Rubenstein Show;

The executive chief officer married Connie Snyder in 1990. Connie is an advocate for the well-being of children. They have three sons together.

Sam Baller is the first child of Stave Ballmer and his wife Connie Snyder.

Peter is the second child of Steve Ballmer and Connie Snyder.Peter just graduated from Stanford University this year.

Aaron is the third child of Steve Ballmer and Connie Snyder.