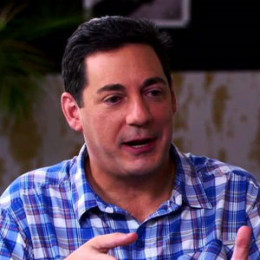 One of the famous sports journalist, Steve Berthiaume is a former anchor on ESPN and a former sportscaster for SportsNet New York (SNY). A graduate of Emerson College, Berthiaume's broadcasting career began at WTIC-TV in Hartford, Connecticut. He then went on to the now-defunct CNNSI network and eventually to ESPN in February 2000, starting at ESPNEWS and later, anchoring for SportsCenter. Berthiaume also spent time as an anchor at the ABC affiliate in Pensacola, Florida, as well as the NBC affiliates in South Carolina.

He is married to former SportsCenter anchor Cindy Brunson. They were happily married and are living together with full of joy and adventure. In an interview with the wiki, they told that they haven’t any planned of kid, but Cindy has the full desire of baby so that they will plan soon about a kid. He is active in social networking sites. To get in touch with his personal life we can be updated to his Twitter account @BertDbacks.

The couple tied the knot after long years of their dating together. The couple understanding each others for a long time have been successful in sustaining their relationship longer.