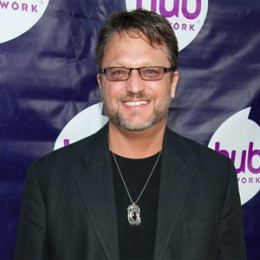 American voice actor of anime, Steven Blum is best known as for his distinctive deep voice. In 2015, he participated in 'The Incredible True Story', a hip hop album/motion picture by 'Logic'. On 5th June 2012, Steven was awarded a Guinness World Record for being the most prolific video game voice actor, having 261 credited appearances.He is known as a considered the king of anime.

Steven Blum has two sons named Jeremy Blum and Brandon Blum. He is also the announcer for 7-Eleven's "Oh Thank Heaven" television and radio advertisements with Vic Mignogna in the series entitled 'Real Fans of Genius'. He has the voice of Orochimaru in the English version of the anime named 'Naruto' (2002). Blum also provides the voice of 'TOM', the host of Cartoon Network and Adult Swim's Toonami programming block.