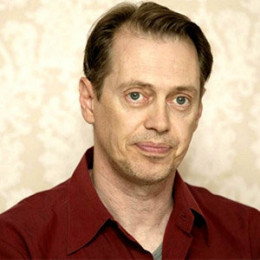 American actor and film director, Steve Buscemi is the son of John Buscemi, a sanitation worker and Korean War veteran, and Dorothy, a host at Howard Johnson's. He attended Nassau Community College before moving to Manhattan to enroll in the Lee Strasberg Institute. In addition to feature films, Buscemi directed episodes of the television shows 'Homicide: Life on the Street'.

Steve Buscemi married Jo Andres, a filmmaker, choreographer, and an artist since 1987. His son named Lucian Buscemi is an actor, born in 1990. In January 2016, he began co-starring alongside Louis C.K. in C.K.'s comedy-drama web series 'Horace and Pete'. From 2010 to 2014, Buscemi portrayed Enoch "Nucky" Thompson in the critically acclaimed series 'Boardwalk Empire', which earned him two Screen Actors Guild Awards, as well as Golden Globe, and two nominations for an Emmy Award.

Steve Buscemi married Jo Andres, a filmmaker, choreographer, and an artist since 1987.The couple has one son.

Buscemi and Andres' son, Lucian Buscemi is an actor, born in 1990.