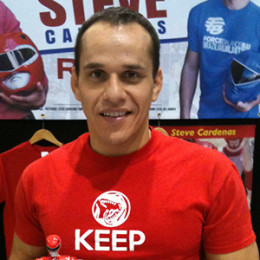 The  character of Steve Cardenas as Rocky became well praised in the Power Ranger series. He founded his own martial arts studio in Burbank, California, and Texas. Steve has won several medals including Gold Medal in 2009 American National Championship, Silver Medals at Copa Pacifica, Silver Medal in the 2010 No-Gi World Championships, and Gold Medal in the 2010 Jujitsu Pro Gear Open. He has not disclosed any information about his personal life regarding relationships.