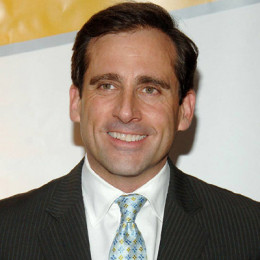 An American most versatile actor, comedian, director, writer and a producer. He is famous for is voice as Gru in movie Despicable me and its next part Despicable 2. He was born to Edwin A. Carell who used to work as electrical engineer and Harriet T. who used to work as psychiatric nurse. He is youngest among his four brothers.HE completed his high school from The Fenn School and graduated from Denison University. In starting of his career he used to work as telegram and mail carrier. He used to work as the reporter on The Daily Show with Jon Stewart. He is very good friend of Jim Carrey. We can see his lead roles in movies like The 40-Year-Old Virgin, Get Smart, The Incredible Burt Wonderstone etc.

He was highly criticized for his acting in movie named Evan Almighty where he played as the role of Evan Baxter. Regarding his personal life, he is married to his long time girlfriend who is said to be the student of the class whom he used to teach to. He is very loyal to his wife and he has not involved himself din any kind of extra marital affair which can hamper his relation with his wife. The family is living happily with two kids.

She is his Saturday Night Live co-partner. She used to take the improvisation class he used to teach. Together they are parents of two children.

She is the eldest child of the family. She is just beautiful like her mother. Her pictures can be found in different sites.

He is very cute and adorable. His picture along with his father can be found in different sites.