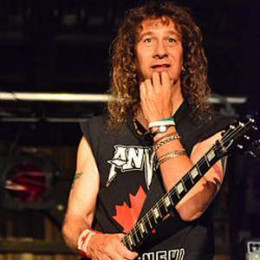 Steve "Lips" Kudlow is a Canadian musician. He is the lead vocalist and guitarist of the metal band "Anvil", which he co-founded with drummer Robb Reiner in 1978, having played together since 1973. His father bought him a guitar at the age of nine which led him to get interested in music. Kudlow began playing music with his high school friend Robb Reiner at a young age.

Steve "Lips" Kudlow has revealed the story of his band in the documentary movie "Anvil! The Story of Anvil." His father died while filming the documentary and brother died later due to a neurological disease. His relationship status is not yet confirmed. There isn’t any controversy or rumor that surround him so far. Steve has not revealed anything about his personal life regarding his relationships.